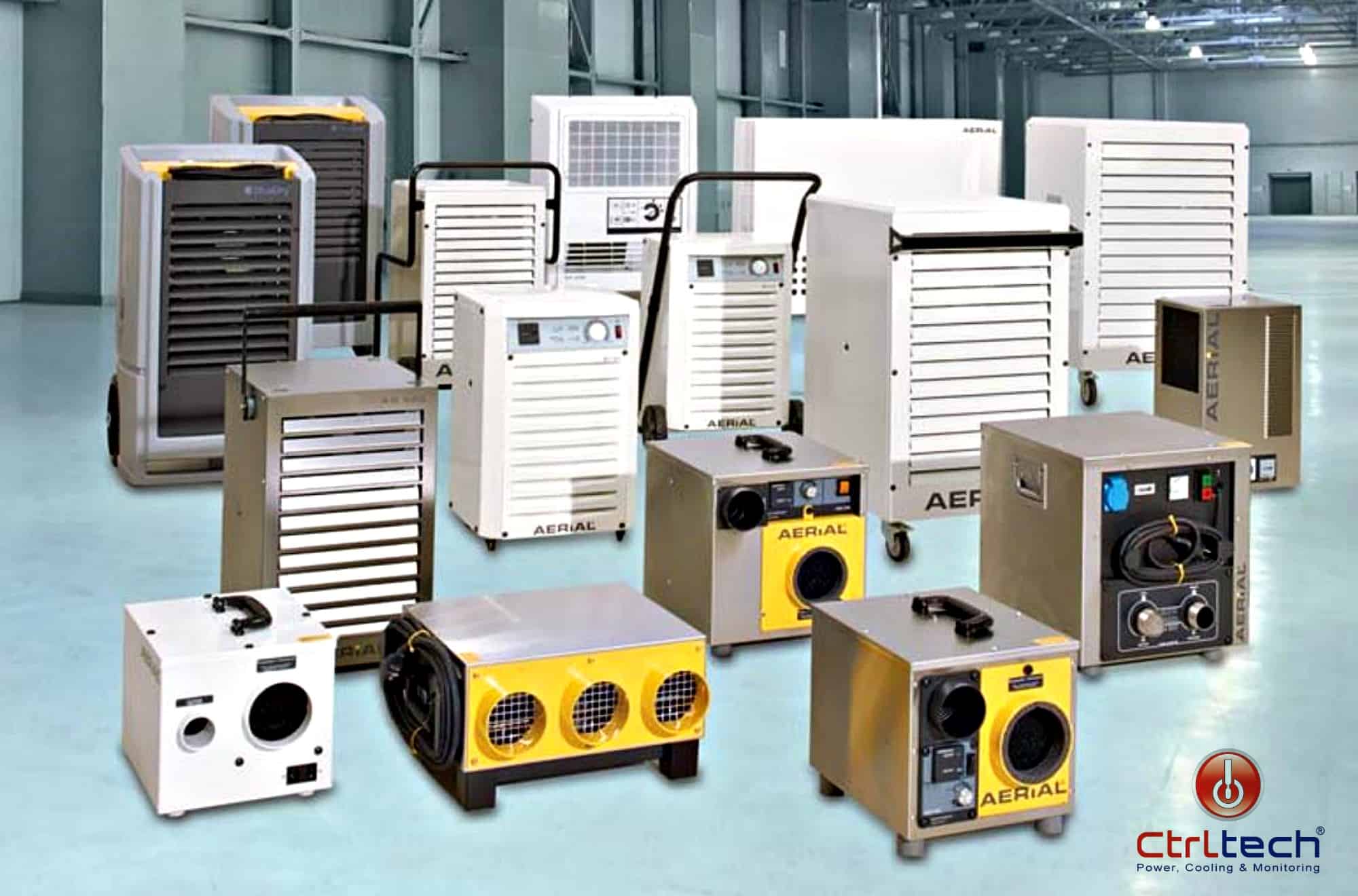 AERIAL is one of the biggest manufacturers of dehumidiﬁers in Europe – despite holding on to what are nowadays often seen as somewhat outdated company values like fairness, quality and reliability. We do not produce at sites dotted around the globe, we produce in Germany. We do not buy our products from others, we develop them ourselves. We do not believe in cheap mass production, we believe in excellent customer service. That’s how enterprise can work – for all sides.

1990 The company is founded by Rolf Meier and his son  Karsten Meier in Norderstedt in the north of Germany.

1994  Start of production of condensation dehumidiﬁers in  our own factory in Norderstedt.

1996 Key expansion of the AERIAL sales team and expansion  of export in the whole of Europe.

1998 AERIAL continues to expand production and develops and produces OEM products for a number of well  known companies in the industry.

2003 AERIAL breaks the mould by producing the ﬁrst dehumidiﬁer housing made of synthetic material using  the rotation process.

2006  Market launch of the AD 7 Series and the AES  adsorption dryer series.

2009 Expansion of the business ﬁeld to laundry drying. With  the market launch of the WT Series, AERIAL is, energetically-tested, right among the top TOP10.ch companies.

2010 With the introduction of the BlueDry® label, AERIAL  succeeds in starting a new sustainability initiative. Dehumidiﬁers with the BlueDry® label are geared  towards saving energy and dehumidifying at high  performance levels.

2012 Expansion of the construction team to include a  further Solid Works workplace. Workﬂow automation  within construction.

2013  Company move to larger premises in Norderstedt.  Expansion of production and storage facilities. Realization and installation of our new climate chamber 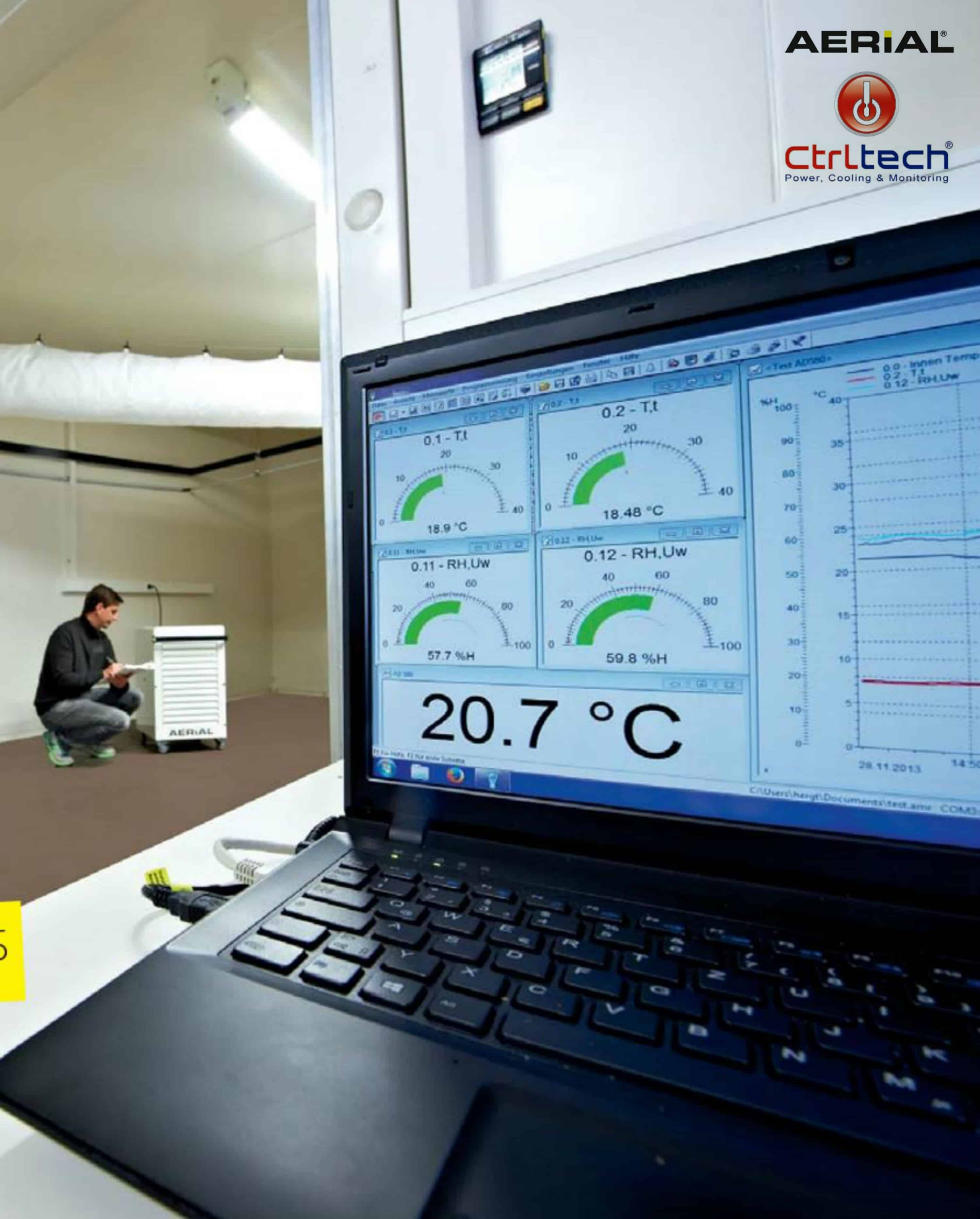 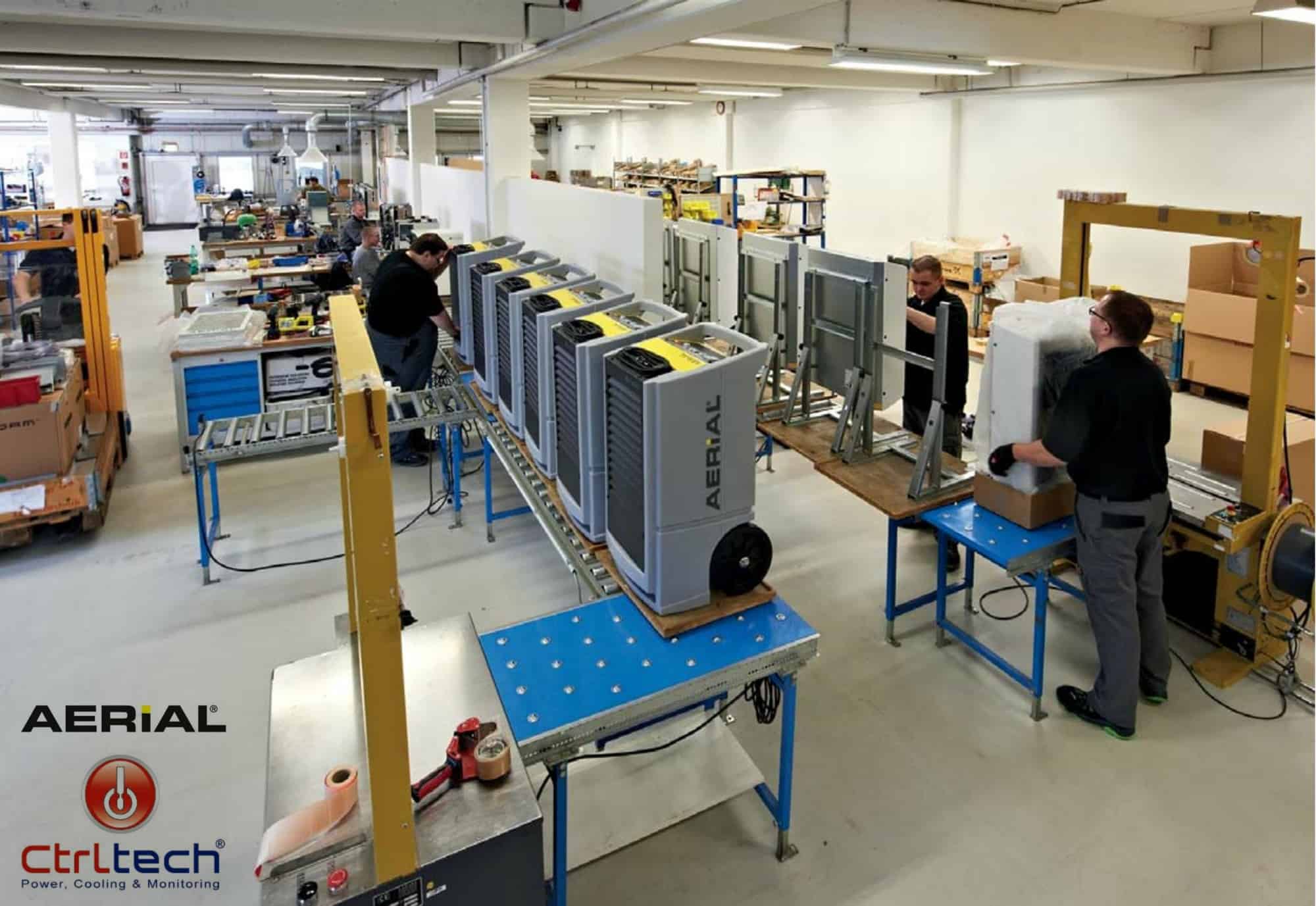 PRODUCTION - MADE IN GERMANY

All our industrial and commercial products are produced in our own factory in Norderstedt – from the ﬁ rst concept to the last detail. The label “Made in Germany” applies 100% to all AERIAL products. You can even come and see for yourself. We would be more than happy to take you on a factory tour.

WE KNOW OUR PRODUCTS INSIDE OUT

Customer service operators who don’t know the ﬁ rst thing about their products? Not at AERIAL they don’t: we believe in long-term employment. Many of our employees have been with our company since it all began and our trainees are trained directly by us. This – and the fact that all the development and production stages take place in-house – is why the people who work at AERIAL know their way around each and every one of our products.

At AERIAL we like to build on long-lasting relationships based on mutual trust – be it within our company, towards our suppliers or towards our sales partners and customers. We are not interested in quick - perhaps sometimes even dubious - sales ﬁ gures. We are interested in maintaining a high quality standard, sound and solid advice and cooperation based on respect.

We at AERIAL do our own developing: a specialist team at our head oﬃ  ce in Norderstedt works exclusively on developing, designing and putting together new dehumidiﬁ cation solutions as well as optimising existing ones – both for our own range of products as well as those of our international OEM customers. Many of our designs and developments are internationally protected and partly patented.

“Customer orientation” – it’s a catchphrase that many companies are very fond of, but in reality it often remains a hollow and empty promise. You need to be able to develop and produce if you want to be able to cater to your customers’ needs and wishes. The experiences our customers make in the ﬁ eld and moves in the market all ﬂ ow into our products. This way we are always able to provide our customers with whatever it is they need – even in case of short-term changes in demand or new market requirements like, for example, EU norms.

AERIAL produces in Germany and is represented in both Austria and Switzerland. We are on the ground to provide quick and reliable service and support. This includes servicing and repairing your dehumidiﬁ er - regardless whether it’s one of ours or one from one of our competitors. Our specialists are trained to ﬁ x your dehumidiﬁ er. And if you like, we can also get in touch with our logistics partner and see to it that your product is picked up and returned to you.